Though dogs truly are our best friends, they can sometimes be, well, a bit weird about things. Let’s face it—our partnership with them has only lasted for twenty thousand years or so; before that, they’d had millions of years of experience under their belts. Evolutionary studies suggest that the first identifiable members of the dog family, Canidae, appeared about 40 million years ago during the Eocene epoch, with today’s modern wolf appearing nearly two million years ago. We Homo Sapiens, however, have only been around for about half a million years. The dog’s “pre-human” time created a unique species and unique behaviors that some of us humans might find a bit odd.

I’m certain that things we do baffle them. Traffic jams, fireworks, reality television—we too are an odd bunch. But, as they seem to take us in stride, so must we do for them. And after all, what seems odd to us (or them) can often be shown to be perfectly normal relative to the species’ needs and desires. Let’s take a look at some of our canine companions’ strangest behaviors, and then try to understand them from a dog’s perspective. Most often, there’s a good reason for an odd behavior if you just look closely enough! 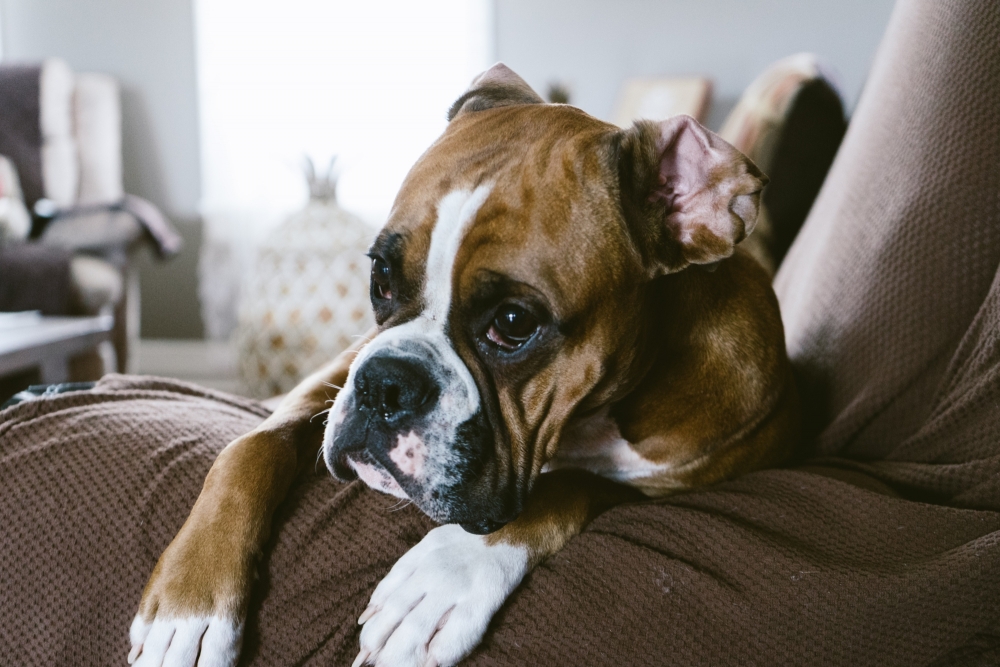 I know; why on earth would any animal eat its own waste or that of another animal? It’s a bizarre behavior from our perspective and one that can sometimes be detrimental to a dog. So then, why would your beautiful little fur ball stoop to such a vulgar level? Several reasons exist for a dog eating what would seem to be such a poor food source. If you have ever raised a litter of puppies, you’ll know that their mother will normally clean up after them by eating their feces. This is not only a sanitary solution, but an age-old survival mechanism. In the wild, predators hungry for a bit of puppy could locate the den simply by the scent of feces. It became necessary, then, for the mother to get rid of this evidence. Good canine mothers today do the same thing, even though those nasty predators are by and large no longer a threat.

Additionally, in dirty kennels, puppy mills, or overcrowded shelters, the waste of puppies and other dogs can lie around for hours; the curious puppy will often eat the feces, which still contains some scent of food. This behavior self-reinforces over time and when the puppy goes to a good home, the nasty habit often goes with them.

Another cause of coprophagy is poor diet. If a puppy or adult dog is eating a nutritionally deficient diet or is not being fed enough, it will instinctively seek out another food source. This often means feces in the yard or dog park.

And then there’s the litter box, a distinct issue from the above as most dogs adore the taste of cat poop. This is most likely due to feline food (and therefore feces) containing a higher percentage of meat than dog food, as well as flavorings different than what dogs are used to. Cat feces can be in a litter box or dispersed randomly outdoors; with the power of your dog’s nose, it’s nearly impossible to stop him from finding these delicious cat leavings.

To prevent coprophagy, keep your dog’s environment perfectly free of any waste. Pick it up right away! Try not to leave a dog with this habit alone in a yard or dog run for any length of time, as he will eat the waste and self-reinforce the behavior. Be sure to feed the best food possible, in amounts suitable for your dog. If in doubt, consult your veterinarian on this. Then, whenever you’re walking your dog, let him sniff around only in spots where you know there is no other waste present. That means you decide when he gets to defecate or urinate! Lastly, if you have a cat, locate litter boxes in areas your dog cannot access—either high up or inside a room with a door propped open only a few inches, allowing cat access, but not dog. And try and get your neighbors to clean up after their outdoor cats! 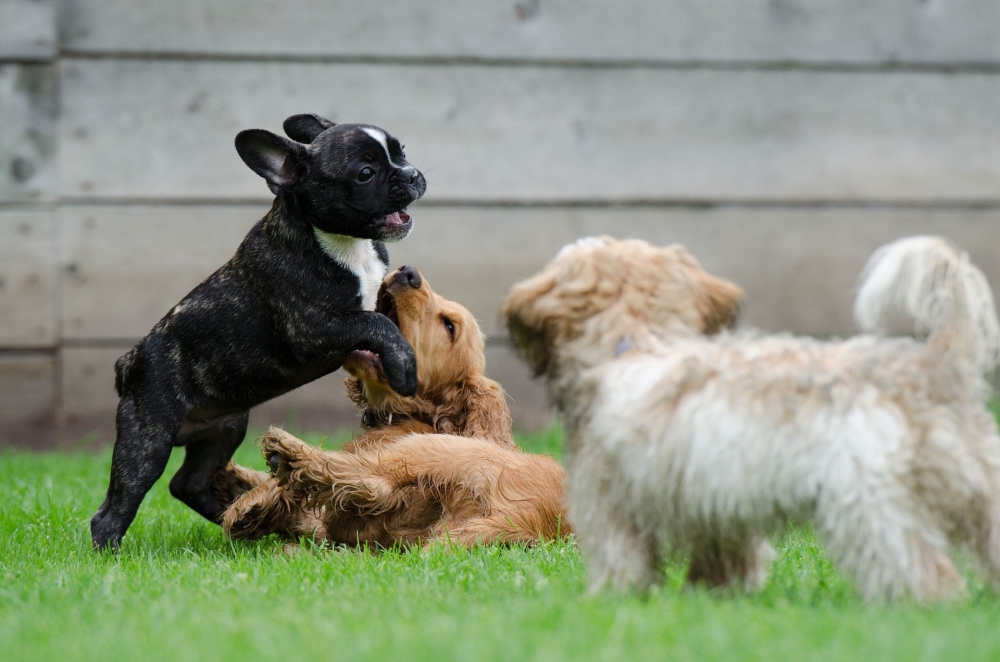 It’s an awkward moment when your dog saunters over to another dog at the park and starts humping away. Even more awkward is when it happens to human guests in your home. Why is this happening?

Though humping is a sign of sexual excitement and is often paired with signs of physical arousal and a desire to mate, it’s not that simple. The motivations for humping/mounting are varied. Though un-neutered males are the most likely culprits, any dog—male, female, young or old—can develop a humping habit. Often evolving out of play, puppies will often hump each other, as will older dogs. The anxious, isolated dog can evoke this behavior as a stress release mechanism. Status confusion among a group of dogs and/or humans can result in a dog humping sequential “victims,” in an attempt to clarify his/her standing. Some pushy dogs will do it simply as a way of controlling others, while the un-socialized dog just might not know any better, because no other dogs taught him or her the finer points of getting along. Lastly, humping can become an obsessive-compulsive behavior; like barking or tail chasing, it can self-reinforce over time and be nearly impossible to stop.

Solutions to humping are comprehensive. First, make sure your dog is getting enough stimulation. Exercise, play, socialization, training, and routine are all vital. Obedience train, as it teaches your dog to think, calms him, and gives you a way to control and refocus. For instance, instead of letting two dogs hump each other all over the yard, put them both through some obedience exercises such as down/stays, paired walking, or recalls.

Neuter or spay your dog at the appropriate time to lessen sexual urges. Keep a strict routine in the home—feedings, walks, training, play—to create anticipation and focus. And if a dog compulsively humps people, employ a plant spray bottle filled with water. A mist in the schnoz and a “Quit” can be effective in shutting down the behavior. Ignoring compulsive humping won’t work, so consider the spray bottle in severe cases, as well as keeping a short lead on your dog to guide him away from a potential “victim” before it happens. Put him in a down/stay, then reward with a treat after a few minutes. This alternative can minimize the compulsion. 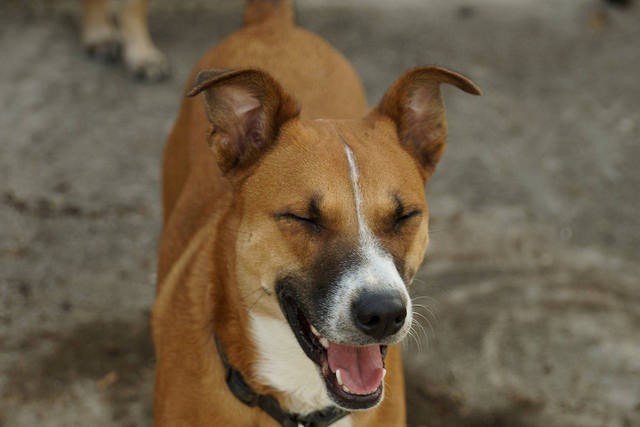 Your dog suddenly sucks air into his nose, while making a snorting, choking sound. He extends his neck and head and seems to be choking on something. After a few moments, the event is over, and he seems fine. This is the “reverse sneeze,” one of a dog’s most bizarre behaviors.

Technically known as “paroxysmal respiration,” reverse sneezing sounds awful but really isn’t. Reverse sneezing can be caused by an irritant in the air, by eating or drinking too fast, by a foreign body or hair balls, or even a nasal infection. The resultant irritation of the palate or throat causes a spasm, resulting in quick inhalations of air into the dog’s nose. The trachea can narrow, causing difficulty in air movement. The condition is more common in older dogs.

To reduce the chances of reverse sneezes, minimize chemicals, cleaners, rug deodorizers or other potential irritants from the home. Groom your dog often, and vacuum up hair very day. If a nasal drip is present, see the veterinarian.

During a reverse sneeze, try rubbing your dog’s throat to ease the spasm. Very briefly cover his nose to encourage swallowing, which can dislodge a foreign body. Look into his mouth if need be, to see if anything is obstructing his throat. If so, remove it. Though a disconcerting experience for you and your pooch, it’s nothing to worry too much over, though if this happens all the time, it never hurts to see your vet. 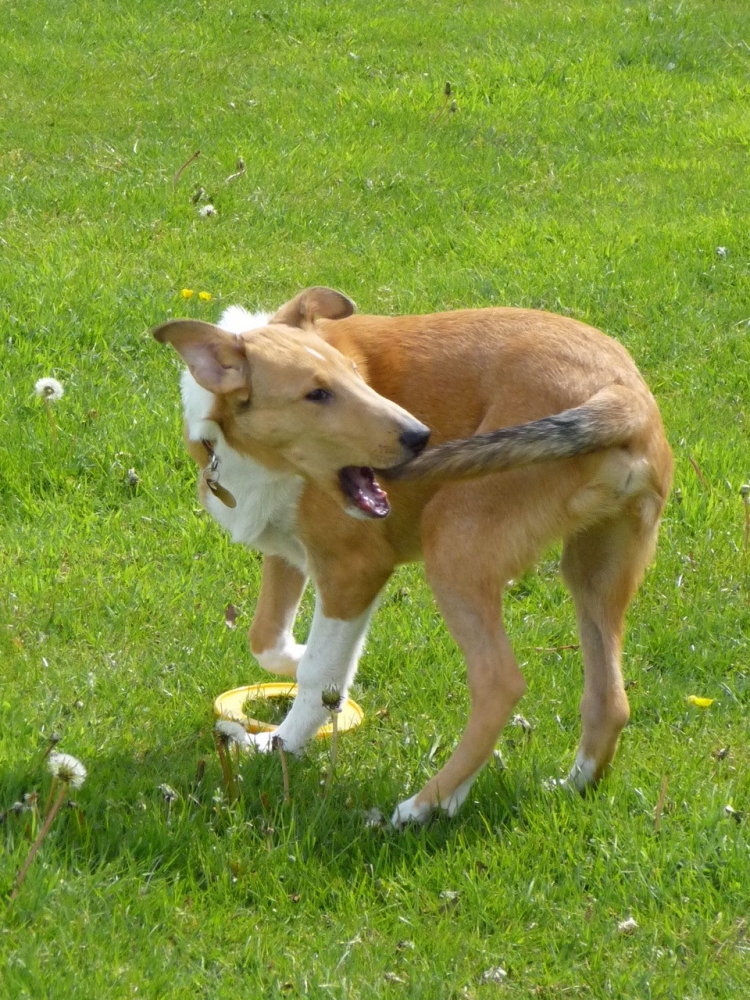 The sight of a dog whirling around in a circle with his tail in his mouth might be one of the funniest scenes in dogdom. I suppose if we had long, fluffy tails and could chew on them, we might even give it a try. It’s a behavior that often starts early on; a puppy, barely aware of his own individuality, sees the tail and begins to whirl around after it. It’s fun, and serves some deep-seated need to chase something. Of course when humans see this, they laugh, and often encourage the dog on. And so the behavior slowly becomes en-grained.

Other dogs go for their tails because of a flea, tick or worm problem; they try to chew on it to relieve the itch. Dermatitis or dirt can also initiate the need to bite the tail. Still other dogs begin the behavior out of boredom, or because of underlying stress.

Tail chasers often slip into an obsessive-compulsive mode. Some will literally spin and spin until dizzy, or until their nails or pads wear down from the constant friction.

To prevent obsessive tail chasing, be sure to keep your dog as pest-free and clean as possible, thus preventing tail biting spurred from infestation or dirt. Remove tangles from his tail fur, use a flea/tick preventive, and get dermatitis diagnosed and treated. Exercise your dog and provide enrichment to prevent boredom and anxiety resulting from isolation. Socialize and train and never encourage the spinning. Usually dogs with another dog around won’t tail chase; it’s almost always an “only dog” issue, so consider a second dog or play dates.

If your dog tail chases, ramp up obedience training to divert him into more appropriate behaviors. Use a “Quit” command when you see him begin to spin; match this with a soda can filled with pennies tossed nearby if the behavior has become obsessive. If you can divert and redirect him quickly the moment he begins the spinning, you can eventually extinguish the behavior. 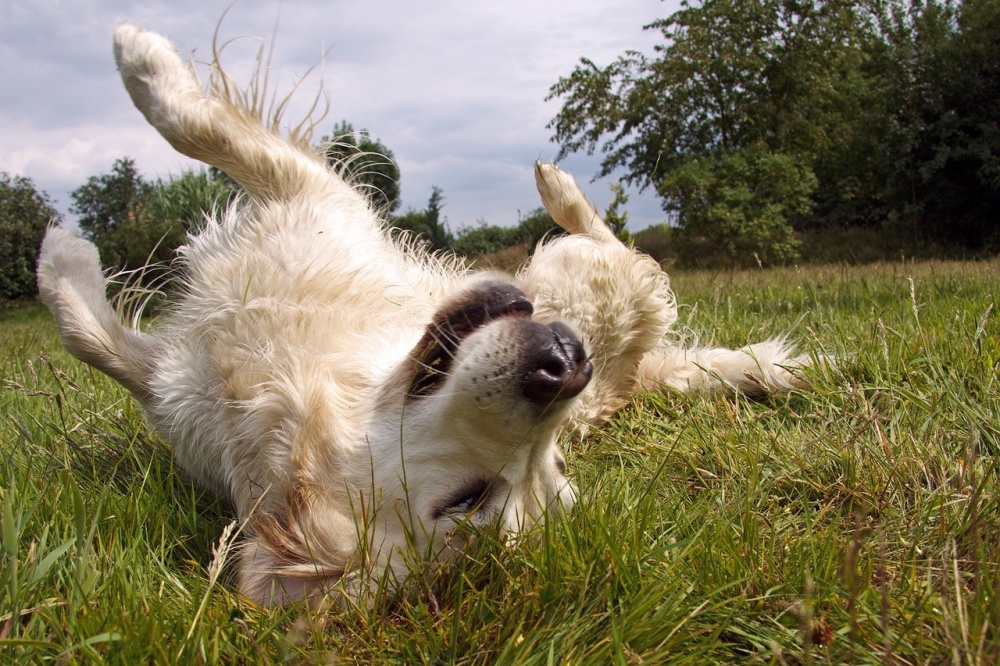 Why would a perfectly normal dog choose to roll around in garbage, dung, or rotting corpses? Like it or not, some do, and seem to get great pleasure out of it. And it’s rarely the dog’s own mess; rather, it’s nearly always something else’s putrid leavings. Go figure.

Why? One theory claims that dogs want to mark over a strong scent with their own smell, rising to the olfactory “challenge.” Others posit it’s a holdover from when dogs wished to camouflage their own scent in order to sneak up on prey. Or it may simply be that dogs to whom scent is everything, simply revel in the fragrances emitted by gross things. To dogs, what we find horrid is actually interesting. Think teenage boys wearing cheap cologne.

To prevent your dog anointing himself with eau de rotting seal keep things as clean as possible around home and property. While on walks, make sure you decide when your dogs stops to relieve themselves, or investigate. Keep an eye out for garbage, dead animals, or generally stinky stuff. Work on the Leave it! command, as well as a reliable recall command to stop an off-leash dog from rolling in stink. If needed, use a loud clap and a verbal Leave it! if you see him going for that flattened squirrel. Otherwise, you’ll be spending a lot on dog shampoo.

What is My Dog Trying to Tell Me? This Illustrated Guide Explains! By Sue Alexander
October 09, 2021

How Children and Rescue Pets Can “Save” Each Other
February 19, 2020